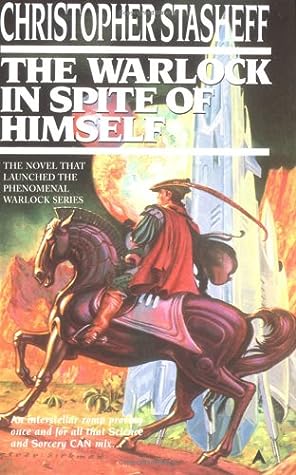 
I'm opening one of these things up. The largest coffin begins to open by itself, which you might think unnerving but, yeah, zombies. So obviously there are vampires or here, too. This one is tall and pale, standard vampire vibes. He asks me over and I'm thinking: no way is this guy just after my blood. We've only just met, after all. One step at a time. I don't have any of that in my backpack, just some snacks I'm yet to eat and this ill-gotten gold.

Does gold work on a vampire? I expect he could trade it for some peasant's virgin daughter, down at the village.

I'll try the gold. Where was I supposed to pick up a crucifix? I don't have a crucifix. Right, a crappy sword against evil incarnate, let's go. This is going to be close. After 13 rounds we're both down to two Stamina points. It's next goal wins, pretty much, only with death delivered swiftly to the loser. One more roll. His attack score is 18 and I'm shitting it and then I roll 20 and it's goodnight, you blood-sucking ballbag.

I scoff some grub, boosting my Stamina, grab 30 gold pieces from out of the coffins, a "Y-shaped stick", and a book. What book? Just a book. Grave robbers don't need to read.

Adam Warlock won't be in Avengers 4 – but why does that matter?

I'll use it to level a wobbly wardrobe later. At the bottom, there's a chamber with three very dead bodies on the floor. Like, very dead. Do I want to search them?

Nah, you're alright. I press onwards. I thought this was my adventure, my way? I'm not going back in there. They're all decomposed and gross. I've killed a vampire — whatever's around the corner, I doubt I'll need anything more than these hands and this sword to stop it breathing, permanently. I have to roll one die to determine what kind of enemy I fight.

Five means I meet a skeleton. His mates must have been, like, "Hey, Steve. Mind going to, you know, sort him out? 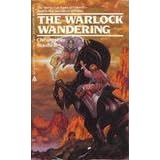 In this twisted place, Steve's bones will never be discovered. Steve's wife will receive no pay-out. Steve Junior will not only grow up without a dad, but no guaranteed college fund. Oh, Steve. It could have been so different. Back to the maze. I get that, contextually. In the Ancient Greek story, a very similar beast lurks at the centre of the Labyrinth, so presumably I've made the middle of where I need to be.

This one, who we'll call Eric since I've taken to giving my enemies names, only wants to fight, so fight we do. Eric is pretty handy, with a Skill score of nine to my ten. I suddenly feel that I should have eaten something when I was strolling around with nothing to swing my sword against. Eric lands the first telling blow. And the next. The dice hate me.

The book says I can test my luck after three attack rounds, and make for the exit. I try to escape. I roll a three. It's enough.

I get some provisions down my gullet and head back in. Just like the vampire encounter, it goes to the wire. And just like my epic fight with the unholy nightmare that shall from now on be known as Dave, I scrape through by the skin of my certainly bloodied teeth. I find some gold and a red key, inscribed "". The villagers mentioned keys.

This could be important.

I can choose to chat with them, so I do. They're alright, these guys. By which I mean they don't instantly want me dead. They tell me I'm in the Maze of Zagor — Zagor is the warlock's name — and the only way out is to turn right out the room, then right, left, straight on and, no, actually, that might be wrong.

All the same, I split a meal with them, because I'm nice like that. I realise now that I accidentally cheated — you're only supposed to eat provisions when instructed. I told you I was rusty. Eric should have killed me given the state of me post-Dave. But since I'm alive, I follow the ale-swigging foursome's directions. Except, I don't follow them very well, and wind up more lost than I was before. I can choose to be pleasant, so that's what I do.

He casts some sort of magic, knocks me out, and when I come to I'm at the dead-end of a passage. Fucked it. Back in the maze, I again attract the attention of something nasty.

I Tried To Beat 'The Warlock of Firetop Mountain' As an Adult, and Sucked At It

Whatever will it be this time? It's a goblin. The goblin is dealt with. I'm bored. I drink my potion: all Stamina restored. I fumble my way to a room where an orc chieftain is whipping an underling. Sod that, I think; I'm going to stand up for that servant grunt.

I leap at the big guy, but his slave, rather than cheer me on, grabs something sharp and begins poking me with it. Ungrateful snake. I kill them both without a scratch, and smash the lock off a chest beside their dead bodies. Unfortunately it's booby-trapped, and a poison dart nicks a point from my Stamina. No big deal. Inside is an invisibility potion, plus more gold and a single silk glove. What relevance this has to the quest, I will never get to discover. Perhaps I misread a number.